It’s only recently that I read about The Hunger Games trilogy by Suzanne Collins. I wasn’t really sold on the story, but after reading a couple of good recommendation and not having anything else new to read I decided to gibe book one a try.

The Hunger Games is another young adult series, unlike Twilight, The Hunger Games doesn’t has any paranormal aspects to it. It is set in a future where United States has been at war and left decimated. The country is now called Panem and consist of the capitol and 12 districts.

Panem is under a dictatorship ruling. To punish the districts for an uprising that happened a long time ago the capitol now organizes a reality show where two children from each district is chosen to take part in the Games. Each year 12 children are thrown together in an arena to fight and kill one another in front of the cameras; an entertainment to the people in the capitol and a punishment to the people in the districts.

The heroin in this story is Katniss Everdeen, a 16 year old girl from district 12 who finds herself in the Games after volunteering when her little sister is chosen. This cruel story of love, war and dead is completely unlike other YA books I have read so far. 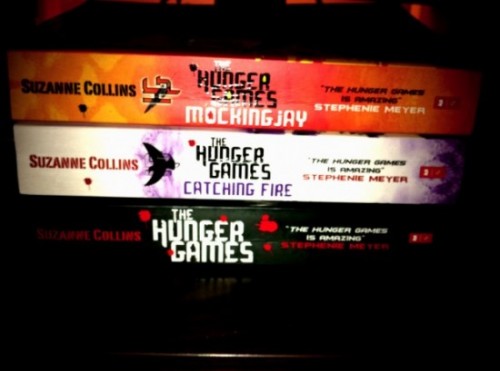 I had doubts if I would like a book about kids killing each other, but the story is so well written you find yourself just feeling the hopelessness of the situation. I was so hooked that I read all three books in one week. That is the one big plus of discovering a new series of book at a later time; the books are already published so you can just read without having to wait for the next release.

While book one and two where really good, book three was a bit of a let down. Katniss doesn’t do much in book three and at the end we flash forward 12 years into the future without much information of what happened to the characters and their relationships. To me it felt like the ending was rushed.

The books are worth reading though, they are good and the plot certainly unique. All while reading the book I could totally picture a future like Panem. The story might be fiction but it is very believable and not totally impossible.